Foray into the 18th Century 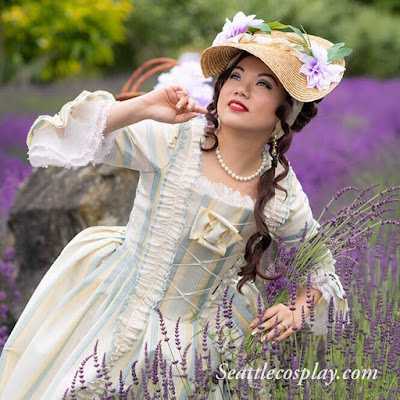 I had desperately wanted to make another 18th century gown right after Outlander Claire garden cosplay. I wanted to apply what I learned from the Garden dress to a new project and I was not going to do it in a small way.

Fast forward a year, I’d finished a few NDA projects and was eager to get back to working on my own. So began the researches that kept me up till the wee hours of night, looking at extant garments, and being inspired by the fabulously inventive historical costume makers of our time and past. When making the garden encounter dress, I was doing it in the blind with modern techniques to capture the essence of details from the show’s photos. But after doing a ton of research I found more historical appropriate way of making garments, and manipulate All. Those. Pleats! 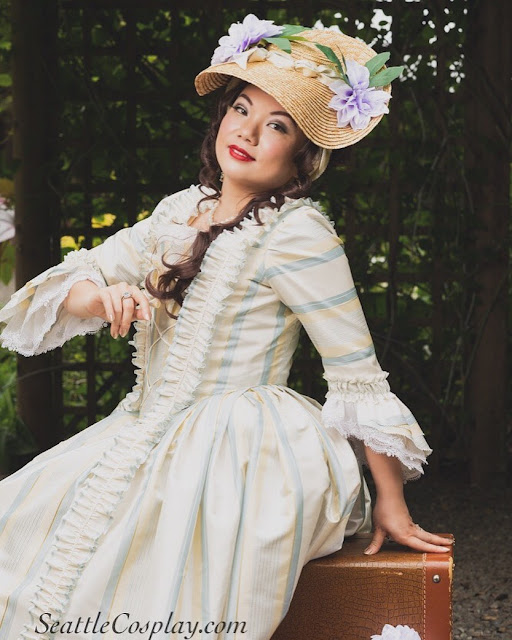 About 4 months ago, I found out about a Lavender Festival in Kingston and a formal garden minutes away. I knew it would be the perfect setting for a 18th Century photoshoot. When I got confirmation for the entry tickets, I had a deadline.

Because above all, costuming to me is about a beautiful fantasy, fun communal experience, I asked my friend @embracethedarkanddreary if he would be open to shoot w/me, unbeknownst to either of us what dress would be made. I also reached out to the gorgeous, quirky PNW costumer @Diystopia to see if she would collaborate with me. When everyone graciously agreed to do it, I had a commitment.

When Stars Collide it makes magic; and magic is what sparked!

I worked faster after having deadline and commitments. Even though I had a sac gown in mind, I settled on the English Robe,. I had two fabric choices, both are 2nd hand yardages from @seattlerecreative - One is a golden twill and light blue plain weave. Both are beautifully striped, and both are lovely 10+ yardages that would work in either a robe a la francaise or a Robe a l'anglaise. Ultimately I picked the light blue fabric because of the airy light weight, the ivory undertone, its ability to hold pleat shapes and the multicolored (but tonal) stripes in the pattern. 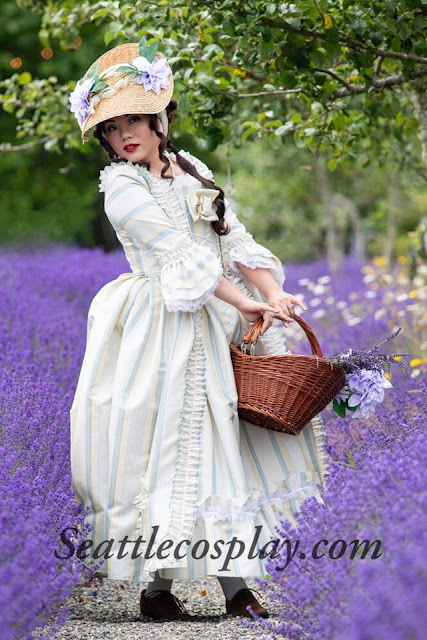 Since this is a garden day dress, I didn't want to add excessive trim to the dress. I do want it to be elaborated made. So it was even more important to use the variegated stripes in a creative way. I placed the solid stripes on the shirred robing; while the rosette/sleeve band, and hat trims were of the micro stripes. I also want some elements and curved repeated. I wanted to use the same curve of the top sleeve ruffle at the bottom ruffle, and pinked the edges. The chiffon for the engageantes are left over scraps from another project and the delicate bobbin lace trim is from @pacificfabrics 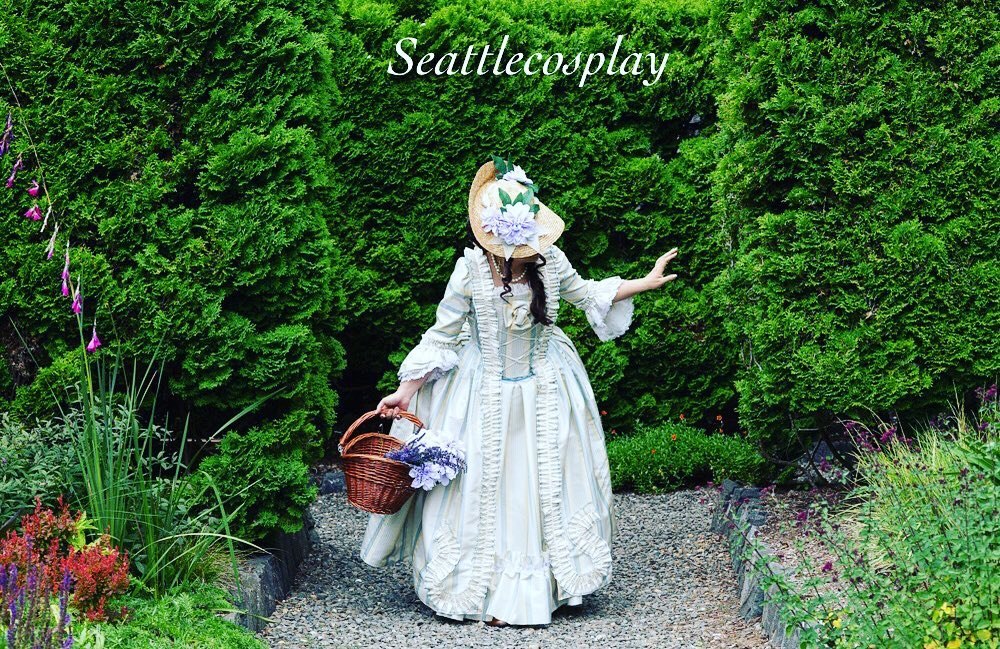 Email Post
Anna
Welcome to my blogs of creativity. 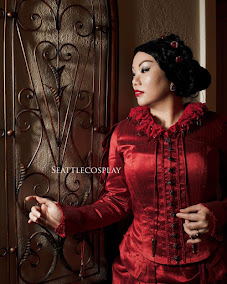